Галоўная » English » News » There are still political prisoners in Belarus

There are still political prisoners in Belarus 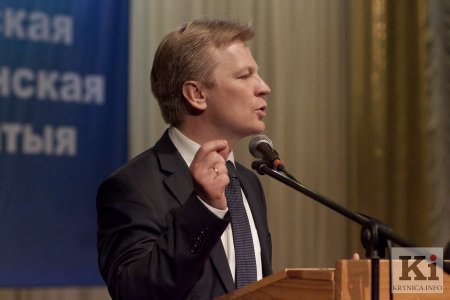 The most joyful political news this year is the release of political prisoners.

The freedom for these people is the victory of the value approach over pragmatism in politics. It was made possible thanks to the efforts of those who fought for the liberation of prisoners both inside Belarus and abroad.

Lukashenko released political prisoners, because he had neither economic nor political choice.

Unfortunately, welcoming the release of political prisoners, we must remember about the new regime hostages, that have already been put into prison.

On August 11, after the searches and brutal beatings, five young men were arrested and later accused of making graffiti in the Belarusian language in Minsk in May and August 2015, as well as the coloring of social billboard in June 2015.

Suspects Maxim Pekarsky and Vadim Zheromski were charged under part 2, Art. 339 of the Criminal Code – “hooliganism committed by a group of persons.” Whether the charges were brought against Vyacheslav Kosinerov, who is in hospital with a double fracture of the skull, is unknown.

A criminal (!) case has been launched against the young people for painting over billboards and making graffiti “Belarus must be Belarusian” with a crossed swastika and the emblem of the Soviet Union. They face up to 6 years in prison!

Does anyone remember RNU members arrested in Belarus for graffiti with a real, uncrossed swastika? More recently, these thugs with the same chevrons walked around our city with the consent of the police and the authorities.

No one was ever punished for the desecration of temples with swastikas, such as in 2012 in Bobruisk with slogans such as “Death to Catholics, the glory to Russia”, “Death to the Jesuits,” “Beat the sirs, save Russia”, “Jewish tribe must be crucified” and others…

For any sane person it is obvious – CRIMINAL CASE FOR GRAFFITI (!) with the inscription “Belarus must be Belarusian” is a political case.

And now in custody there are at least three political prisoners – Maxim Pekarsky, Vadim Zheromsky and Vyacheslav Kosinerov. The duty of all democratic forces in the country is to go public about it and as soon as possible demand their immediate release.

The situation is reminiscent of 2010, when Aleksandr Kozulin was released before the election and the new political prisoners – anarchists, including Igor Olinevich – were arrested.

Therefore, we must again and again remind people that at any time there is a possibility of the new hostages to be taken for a new trade. The pressure on independent journalists and civil society in Belarus in recent months increased further. There should be expected no free and fair elections in the near future in Belarus.

Concessions for the release of political hostages motivate to take new ones, for a new bargain. It happened so already in 2006 and 2010. We must remember it well and firmly demand regime change.