Statement of the Center-right coalition on Uladzimir Kondrus’ case 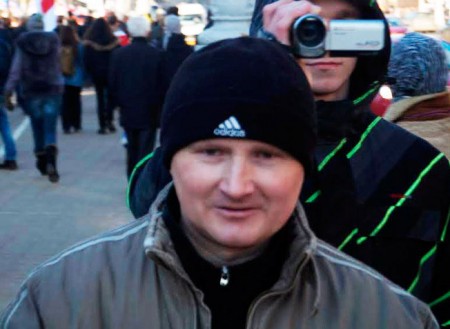 The leaders of the Center-right coalition and the Assembly of people’s representatives in Belarus issued a statement, in which they demand to immediately release Uladzimir Kondrus and to terminate criminal persecution for events of 19 December 2010.

The Center-right coalition and the Assembly of People’s Representatives demand the immediate release of Uladzimir Kondrus.

The criminal case against Uladzimir was instituted in the frames of the case on the events of 19 December 2010 in Minsk. Then the peaceful demonstrations against the presidential elections results were dispersed, hundreds of people have been beaten, detained and subjected to administrative arrest and prosecution.

All convicted under Article 293 of the Criminal Code on the events of 19 December 2010 have been recognized as political prisoners by human rights organisations. The requirement for the immediate release of all prisoners on the day after the election was repeatedly voiced by the European Parliament and the PACE.

– Immediate termination of the prosecution of Uladzimir Kondrus and release him from custody;

– Termination of the criminal case on the events of 19 December 2010 and amnesty for all the participants of the events, including the former presidential candidate Ales Mikhalevich, but also to those who are still forced to stay abroad because of the threat of criminal persecution;

We demand the immediate release of all other political prisoners in Belarus.

The presence of political prisoners characterizes the Belarusian government as anti-democratic, and the Belarusian judicial system as a repressive puppet body, aimed solely at protecting the existing executive power and suppress free thought.

Together with the Belarusian public and international partners, we will lay all efforts for the release of political prisoners and the protection of the citizens of Belarus from lawlessness.

Council of Assembly of People’s Representatives:

Yuri Hubarevich, chairman of the Movement “For Freedom”