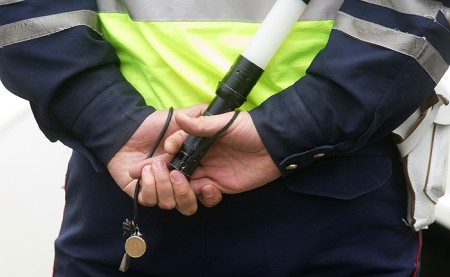 The car with leaders of the Center-Right Coalition, Vital Rymasheuski, co-chairman of the BCD, Volha Kavalkova, chairwoman of Christian Democratic Movement, Anatoly Liabedzka, chairman of the United Civil Party (UCP), Mikalai Kazlou, vice-chairman of Minsk organisation of UCP, was stopped by the road police on the grounds that the car is allegedly in hijacking.

About an hour later, Liabedzka and Rymasheuski managed to continue their journey on a passing car. However, in Bereza city area, this car was also stopped and blocked by two police cars, on the grounds that the citizens in the car were allegedly suspected of committing a crime. The politicians were held in the local police hour and a half for identification of their personalities and then released without any explanation.

On 7 March 2017 the two opposition leaders filed a complaint to the General Prosecutor’s Office, where they stated: “We consider the described facts as persecution of political opponents, a violation of our rights to freedom of movement and political public activity”. Liabedzka and Rymasheuski also note that “as a result the police’ actions based on unreasonable and far-fetched suspicions, as well as their criminally punishable acts,” they could not take part in the protest march against Decree No. 3 held in Brest on the same day.

Center-Right Coalition together with other political forces in Belarus initiated the campaign “We are not social parasites” and announced 15 March 2017 all-nation protest day against decree no. 3.