Seviarynets to spend 10 days in prison 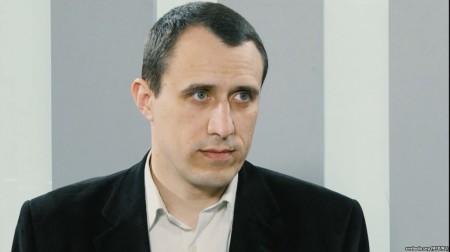 Pavel Seviarynets, BCD co-chairman, was arrested and sentenced to 10 days in jail on 30 June 2018, while he went shopping for his family –  the politician is married and has a three-months old son.

The reason of his arrest this time is organisation and participation in the public protest against openning a restaurant and recreation center, 50 meters from Kyrapaty memorial – the place of mass killings during the Stalin’s era.

On 29 June 2018 the presidents of Germany and Austria participated in openning of “Trastyanets” memorial. According to Pavel Seviarynets, he was arrested after the leaders of EU countries have left and it was not nnecessary to create a positive picture for them.

Kurapaty memorial was attacked by the Belarusian authorities many times in the past. This year the public protests started in the beginnig of June, after the new owners of the building comlex near Kurapaty announced the opening of a restaurant “Let’s go and eat” there.